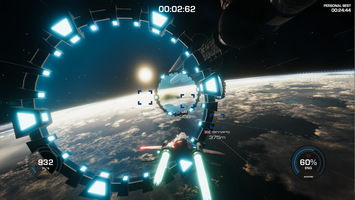 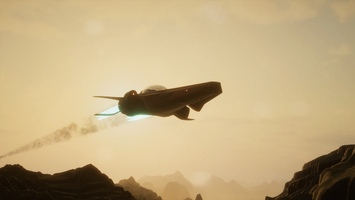 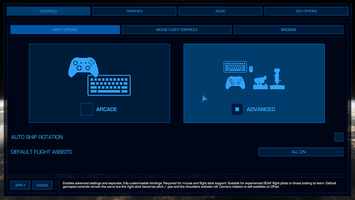 So this update cycle was absurdly long. Like, way way longer than I ever want it to be again.

First of all, big news! The game is moving to Steam Early Access. It'll remain free but this allows us to piggyback off Steam's services for Leaderboards and Multiplayer NAT punch. Unfortunately, that means the itch.io release will not include these rather fundamental features but will remain up for those who don't wish to use Steam.

The Steam version will go live on the 20th May 2022 - if you want to play early and help with the inevitable bugs I've almost certainly introduced, please get in touch on the Discord and I'll happily send you a key!

First up we now have Replay Ghost support - there's no way yet to just view a replay, only race against it. But the infrastructure is now in place to build that and the ghosts are automatically attached to leaderboard entries (on Steam).

Next we have a full rebuild of the Camera System - there are now multiple internal and external cameras and the ability to look around, with default bindings. Third person cameras are way more fun than I ever expected them to be! To accommodate this, there are new space dust and rear boost particles. These are generated and controlled on the GPU and look way better than before!

There's also a new Onboarding + Arcade Input System which allows people to jump straight into the action without spending 8 hours in the rebind screen. You can swap back and forth without fear of trashing your bindings as the Arcade mode is entirely fixed binds (with the notable exception of invert Y axis).

To round off, there's new content in this build - a few new Time Trial maps, music added to every map (and main menu) and a metric ton of fixes and tweaks. See the CHANGELOG for more information.